Podarcis tauricus, the Balkan wall lizard, is a common lizard of the gamily Lacertidae of south eastern Europe and Asia Minor.

Females lay two clutches, of between two and ten eggs each, in a year. 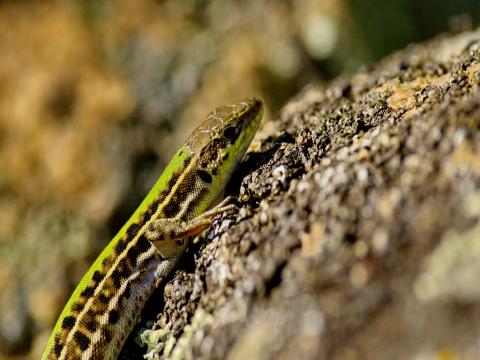