The Western Bonelli's warbler is a "warbler" in the leaf warbler genus Phylloscopus. It was formerly regarded as the western subspecies of a wider "Bonelli's warbler" species, but as a result of modern taxonomic developments, this species is now usually considered to be two species:

The breeding ranges of the two species do not overlap; while their appearance and songs are very similar, the calls are completely different (see below). They also show marked difference in mtDNA sequence.

The species is migratory, wintering in sub-Saharan Africa. It is a rare vagrant in Northern Europe.

The genus name Phylloscopus is from Ancient Greek phullon, "leaf", and skopos, "seeker" (from skopeo, "to watch"). The English name and the specific bonelli are for the Italian ornithologist Franco Andrea Bonelli. 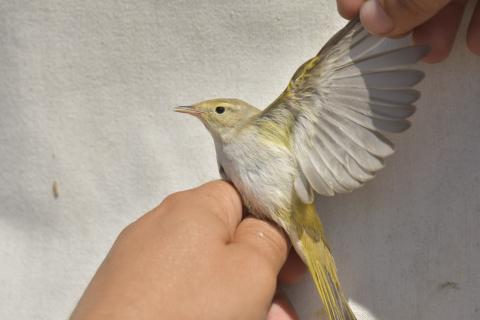 Western Bonelli's warbler is a small passerine bird, found in forest and woodland. 4–6 eggs are laid in a nest on the ground. Like most warblers, western Bonelli's is insectivorous.

The adult has a plain grey-green back, green-toned rump and wings and whitish underparts. The bill is small and pointed and the legs brown. The sexes are identical, as with most warblers. 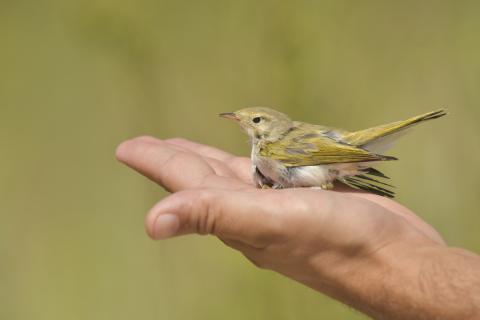 The first record for Romania was in 31 august 2021 near the Black sea cost.